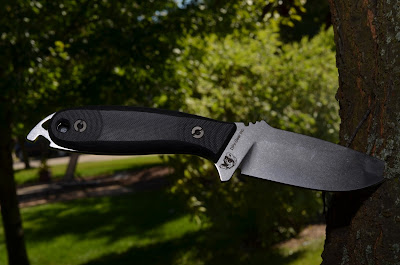 Hey guys, its Tag again, with another spectacular product coming your way! This time We're checking out the DPx Gear HEFT 4 Assault edition.  this knife can be found at http://www.dpxgear.com/dpx-heft-4-milspec.html

What DPx Calls the HEFT

The DPx HEST has a stouter, bolder, four inch brother in 0.19” thick patented German Lohmann Niolox 1.4153.03 stainless, high-performance blade steel sword-grind blade is machined from German Uddeholm Niolox® niobium-enhanced stainless tool steel tempered and cryo-hardened to 61 HRC. This “take to the fight” version delivers more punch in an open use environment or where the pry bar and concealed use of the HEST is not as critical.
This is a knife that is virtually indestructible even in the most demanding survival situations. Built to get you home alive, the DPx HEFT 4 is your ticket out of adversity. It's the last survival knife you'll buy and is a hard working blade that is ideal for military and rugged outdoor pursuits. Ideal for both the demands of bushcraft and wilderness survival use, the HEFT 4 Milspec also comes into play as a self defense weapon and edged tool.
Made to be hammered, abused, and stressed to its limits, the blade will stay razor sharp though extended use, requiring only minor strop. The ergonomic American G10 laminate handle scales with ergonomic grips conceal a cavity for fire starter, fishhooks, and other survival gear. The hollow handle gives the knife a forward balance point that makes cutting, chopping, and hacking less fatiguing.
The HEFT 4 Assault features a hollow handle and an innovative bottle opener/pry bar and lanyard hole all in a well thought out CORDURA sheath.

What the HEFT really is

The HEFT 4 is truly a great little blade, and one that, far surpasses ESEE, Rat and even the infallible BUSSE and Fallkniven blades for bushcraft.  It is not so often that I give a knife such high praise, but The HEFT 4 really deserves it. 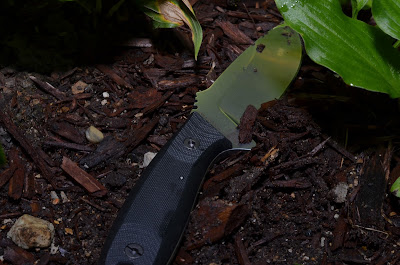 The HEFT rocks for so many reasons, but I'm going to just have to say the biggest ones.  First off, There's the price.  $175 for a super high end knife, isn't really bad at all.  I mean, sure theres way cheaper, like the Gerber LMF II and even the ESEE 4 and Laser strike, but they don't even come close to this knife.  Lets take the ESEE 4 for example, It's definitely cheaper at $150, but, what less do you get?  With the ESEE you dont get: 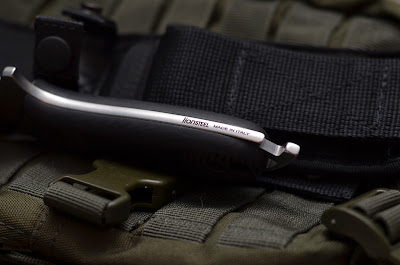 In just that list, you can tell that the knife has a lot of bang for your buck.  But, thats not all that you want to hear, because it sounds like a sales pitch.  so lets talk about the knife itself.

The blade is a sword ground 4" Niolox hunk of steel that is super fancily cryo treated so that it has an absurd HRC of 61.  The steel, at first hearing of how hard it is, seems to be way off for a field knife, but clearly Robert young pelton must have slewn multitudes of unicorns and used their blood to quench the blade, because Ive found it to be absurdly easy to sharpen, and even better to hold an edge! 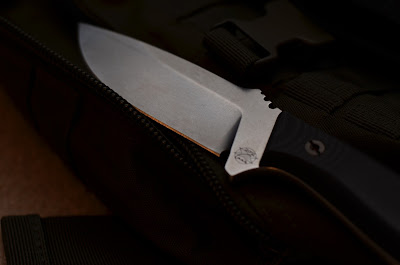 Also, on the blade is the Great wire stripper Gimping.  Its very Aggressive and employs itself to help your hand find purchase in a multitude of positions, and hey, it works great for stripping wire too!
The Sword grind with its Inch and a sixteenth bellly, works fantastically for all tasks in the bushcraft world.  It whittles like a champ, with your hand finding great purchase on the gimping, and on the other end of the spectrum, its very tough, and stands up well to batoning and use as a shovel and pry bar.  It also does great with other camp tasks, like cleaning fingers, cutting up dinner, and stirring up soup!  In my opinion, the HEFT is really one of my favorite bush knives... ever.

The HEFT 4, just as with its smaller companion knife the HEST II, has a very wonderful, made in America, G10 handle.  I usually prefer micarta, but the design of this G10 forces me to make an acception.  It is, smooth, and yet my hands never to seem to struggle to gain purchase. 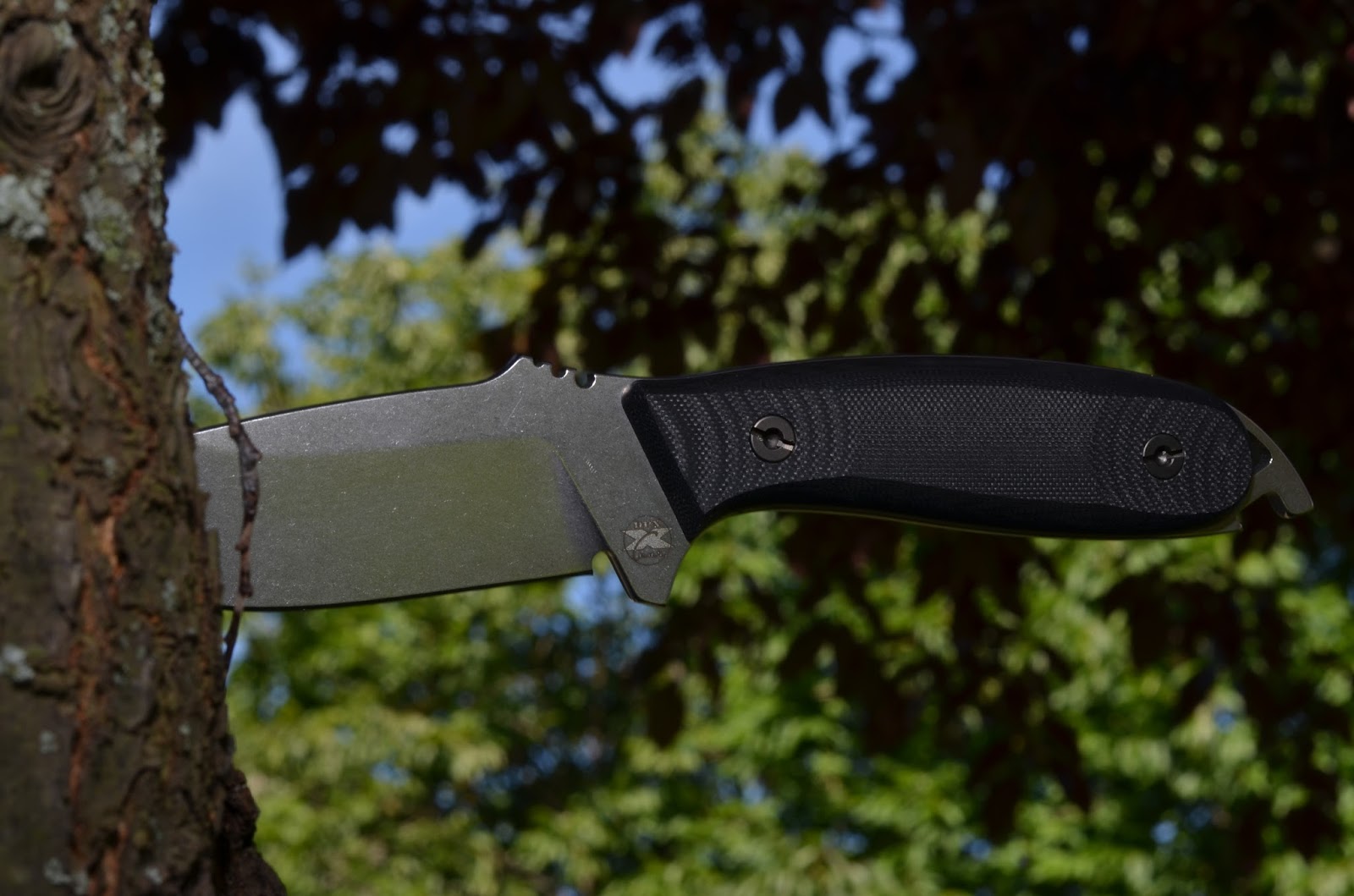 Also, I love the fact that when you remove the handles, they're hollow, and can easily fit a firesteel and a pea lighter inside!  I sadly dont have pictures of this, but I assure you its great!  Also, the HEFT 4 has the bottle opener and hex driver in its handles as well.  While I really like this functionality, I would like it more if they gave me a set of bits to put in the sheath. 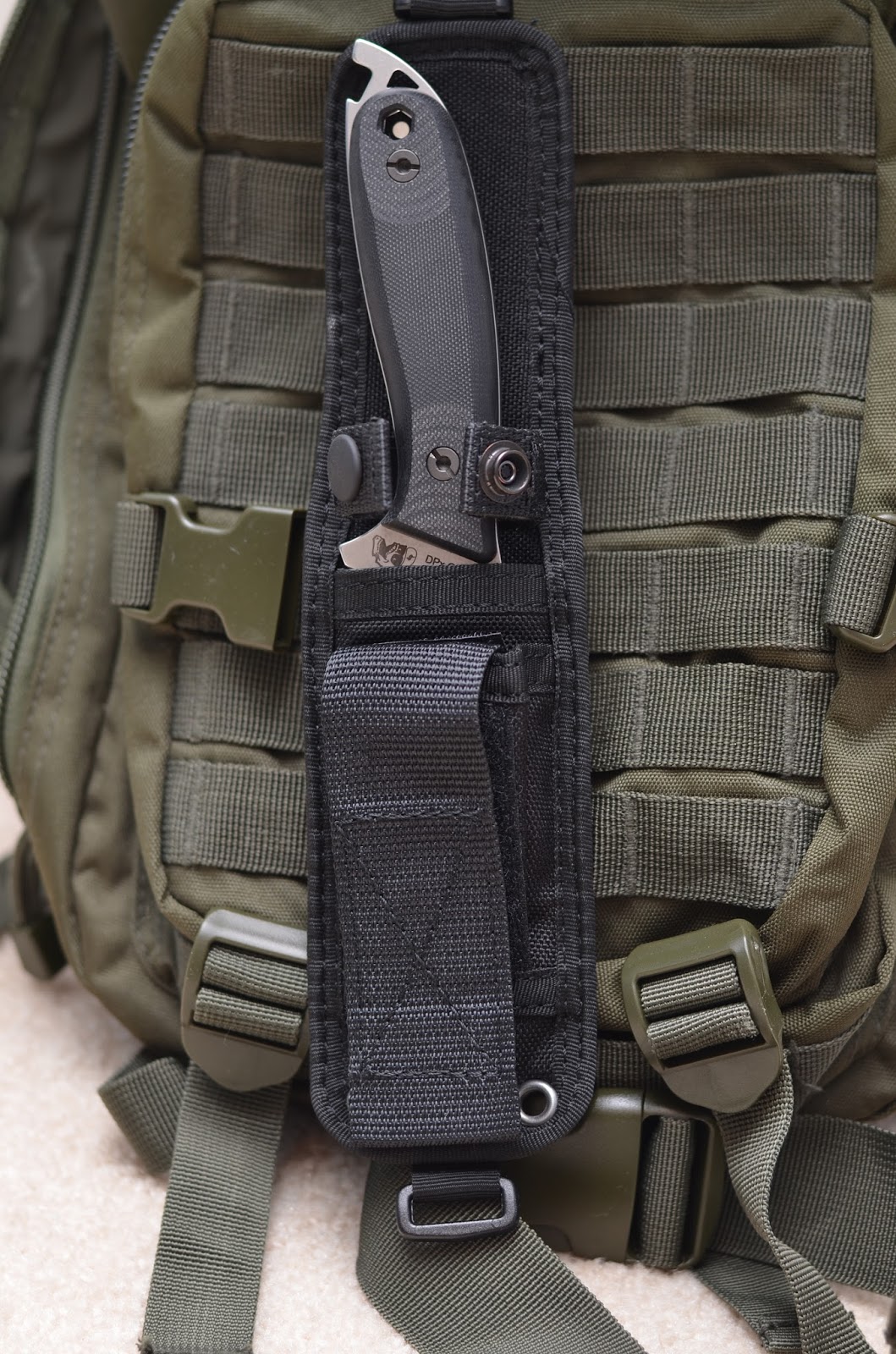 So, obviously I like the knife, its really great.  But I hate to say, I despise the sheath and all that it is.  I hate nylon sheaths in the first place, as I just feel that theyre too bulky and annoying for any sort of useful carry.  Dont get me wrong though, the sheath is very well built and heavy duty.  It has a front storage pocket, which would be perfect for that bit kit I was talking about before.  But I really do dislike the sheath.  I think if I could have gotten it in Coyote or OD, I might have not disliked it as much, but its black.  I dont like black.  I think the knife would have been better suited with a kydex sheath, and a buyer choice for either horizontal or vertical carry, and then a small pouch as an add on, that could carry the bit kit. 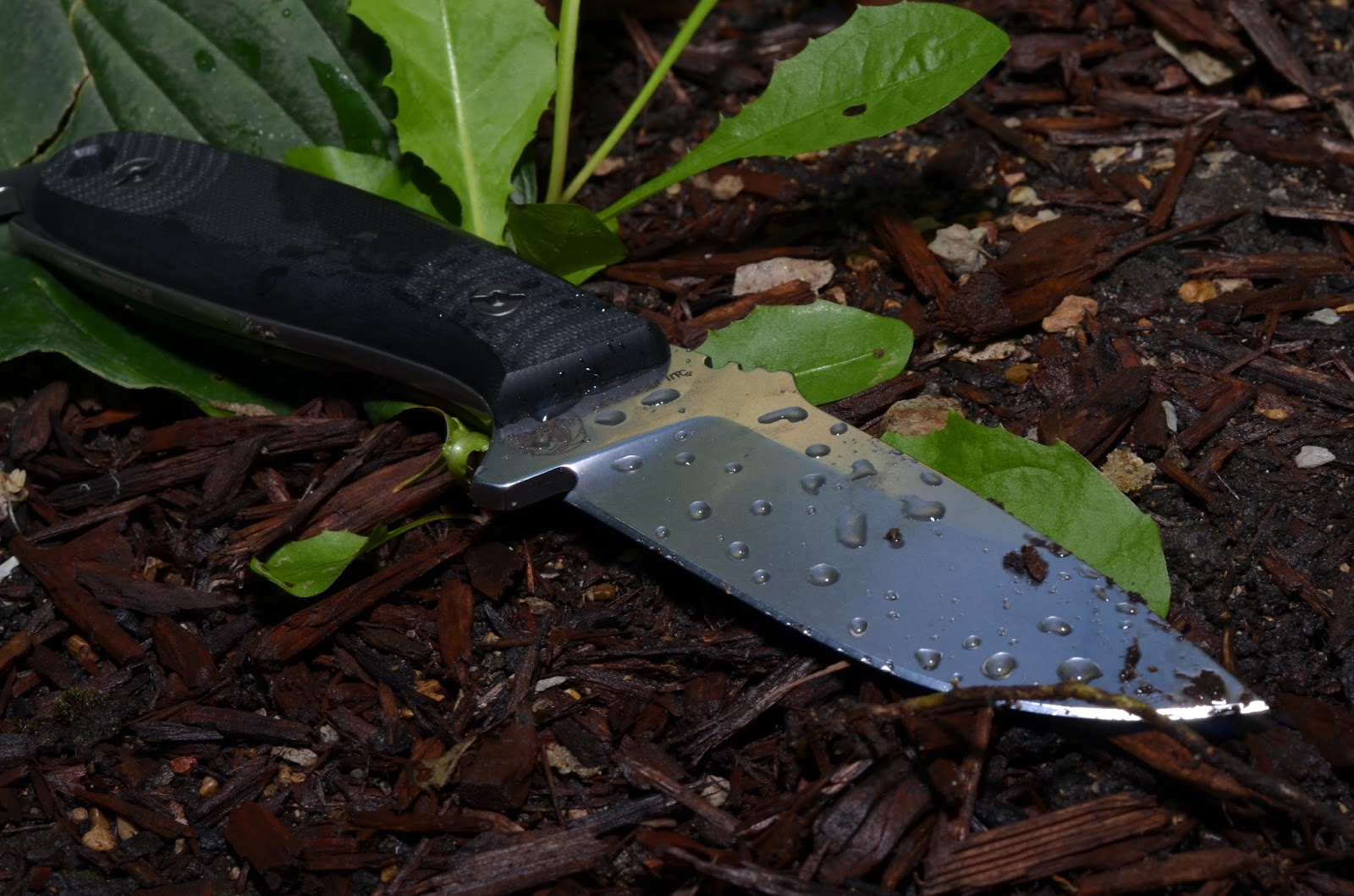 RYP and his team really outdid themselves on this one.  It seriously is durable, and well thought out.  Besides the Ugly sheath, I have zero complaints! and plus, you cannot beat this price: $180.  I think that anyone looking for a Bush knife should try this thing out before going with someone else, because its utterly bombproof.

buy it here at: http://www.dpxgear.com/

I only call the knife the "best" because I love lots of features, especially when they work, even if It sacrifices some things.  So take this review with some salt, if you arent like that.
Disclaimer: ,I was given this by DPx gear.  I am in no way affiliated with them. Although sometimes I wish I was!
Posted by BFFTactical at 8:14 AM