So, at the start of last month, a slice of the badass pie got sent to me from Grey Ghost Gear. This slice of badassery, was none other than the GGG stealth operator pack, in the wickedly cool, and pretty low profile (to the untrained eye) Kryptek Mandrake. 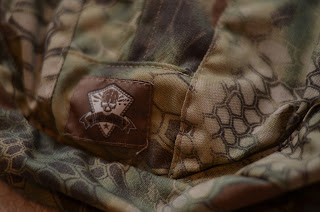 When I received the S.O.P In early June, I immediately noticed two things about it:
-it looked trippy as anything, due to the shocking and effective camouflage of the 500D, lightweight, and über durable Kryptek Mandrake.  Sadly I dont have any pictures of the camo at work because when i was doing my 'woodsbum' review, my Nikon D7000's shutter crapped out, and now, the bag is fulfilling a role of EDC.  But, I promise you, there is nothing better than Mandrake for the woods of the midwest.
And
-the quality was easily on par with Tactical Tailor, Mystery ranch, and I venture to say almost as good as My Kifaru E&E. Even though there are a small amount of skeptics that dont believe the GGG line is USA Made, Im not one of them.  While my pack has no tag stating that it is made in America, it does have a tag stating "TT17594" and other production info.  From this, and other info about GGG and Tactical Tailor being partners, i think we can safely assume that this came out of an American plant.

During my initial overview I decided that this was a perfect minimalist bag, that was well made, and had perfect features for me.  So, now that my spiel on quality is over, lets get to the nitty gritty!


So, in my opinion Grey Ghost has made quite the minimalist pack.  Especially for a Concealed Carry/EDC bag.  Its only 18"x9.5"x4.25" (so its a meager 725 cubes) which, can be a good thing for those of us who like to fit the kitchen sink, and then some, in our bags, but, if you are going for a long time and want this to be a main gear bag for the trip, you should think twice.
That being said, it definitely holds enough snacks, and stuff to keep me supplied for the day.


As Ive previously mentioned the bag is 500D lightweight cordura.  It makes generous use of YKK zips, guarded by a sewn in rain collar, which definitely is great, although sometimes it gets in the way.  To keep it low drag, all the zipper pulls are genuine 550 cord, and the buckles and other hardware are genuine ITW.  It has a very minimalist and streamline design, with only two pockets, the front CCW pocket, and the main gear pocket. 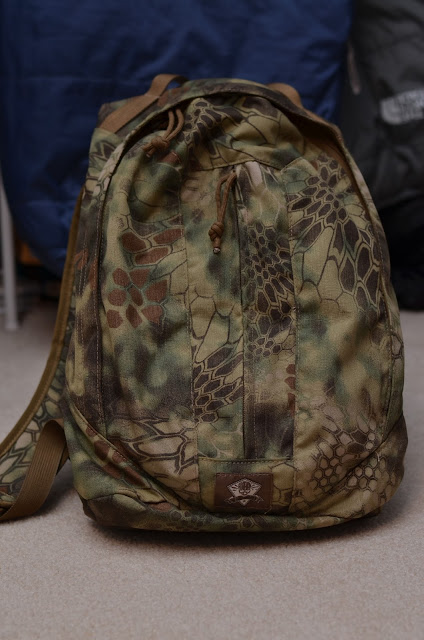 As you flip to the backside, you notice the straps.  They are also 500D cordura, but they have a great yoke shape, and are plenty wide.  Theres a good sternum strap and plentiful adjustment.  I dont have any complaints about the back, except for the fact that the space mesh back isnt shaped very well.  Its just way too square for me.  Other than that, the exterior is well designed. 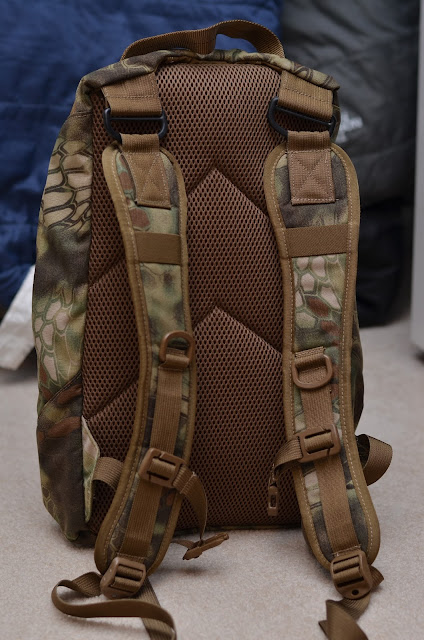 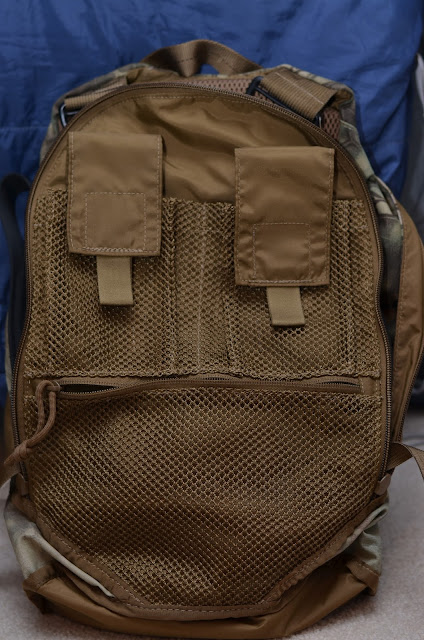 The inside of the bag is also, minimalist.  The main pocket has a very sparse design, with twin AR sized mag pouches with velcro closure, and a small admin area, all made of web.  The interior is lined in a light silnylon, which helps add to a sense of feeling.  If I could change the pack I would remove this organization, put in the frame sheet, and line the main compartment with MOLLE, because Im a neat freak.  Moving to the CCW pocket,  you have a very simple designed admin area (nothing special really) and then, 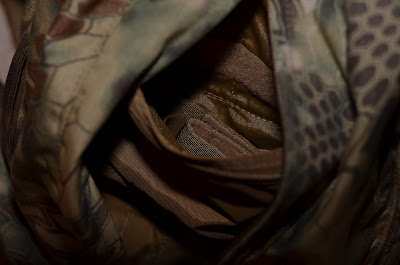 behind it, there's a simple 1000D holster velcroed to the inside of the bag.  As Illinois does not permit Concealed Carry, I haven't tested the holster, but I think it does the trick. 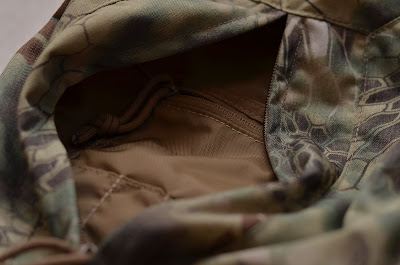 
The GGG stealth operator pack Is a very nice, minimalist, and simple EDC pack that can also CCW your pistol.  Its well made and durable, plus it comes in all the hottest camos.

Disclaimer:
I was given this pack by GGG.  I am in no way affiliated with them, I just happen to love their gear!

Posted by BFFTactical at 1:47 PM